Hello! I made it! We didn't sink or had to swim! 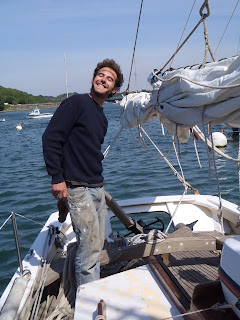 
I still find it hard to believe the chain of events that succeeded each other so I would start that adventure. A backpacker with whom to hitch hike, some musicians that welcomed me at their home, a party I ended up going to, a new friends that encourage me to go to the port, and a sailer that didn't get a job; amongst other things. The most important being that on June 4th I was in the port of Paluden, in the area of the Aber Wrach, embarking in a wooden boat where I would live the following 20 days.


Three wooden sailboats were to go on a 3 weeks trip along the english coasts, 2 of which don't have an engine and one of them without a deck: Embruns, Rose and Brise. But that day we couldn't depart, for a problem Rose had with a mast; and while they went back to the hangar to do the necessary work, the other two boats went for a stroll around the coasts of Brittany.  Three days to get to know among the crew, and to get a better knowledge of the boat. Specifically, in Embruns we were all rookies or almost, so it was good to have some time to get into the sea. Personally for me was really hard, and I was very ill the first day, a little ill the second, and I was able to hold myself strait the third for the return. 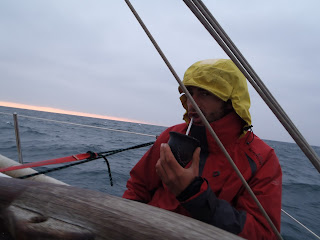 And it was the following Sunday, at 9pm, when we undertook the crossin on the English Channel (La Manche) the three sailboats alltogether. A journey that lasted 20 hours, and ended the following afternoon arriving at Helford river, in the English province of Cornwall. It was a spectacular experience being able to sail in company, being always aware of the sailing of our own boat and also of what the others did. Talking and giving opinions, and many time obeying orders. But always, at the end of the day, we would sit around the table to share a drink, a meal, or both. Inviting the friends from the other boats to come aboard, or going all together to the bar in the port, and sometimes having a picnic in the public way. Because in 3 sailboats we were 18 sailors, and 18 people not always fit in the same boat. 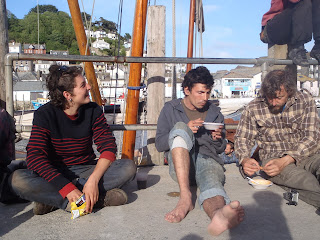 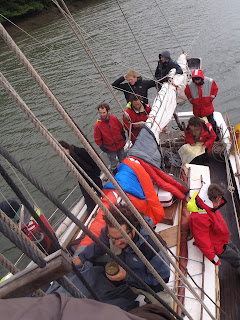 The sailing took place through the south coast of Cornwall and Devon, starting in the Helford river and finishing in the city of Brixham. A very much planned stop in Looe, where there was going to be a regatta of old boats, which was regretfully called off because of weather related problems. But being in a port surrounded by beautiful old fishing boats, luggers in English, most of them restored to show their glorious years, is a priceless sight. The rest of the days, before and after the regatta, we spent between sailing to a new port or doing some hike inland so as to stretch the legs. 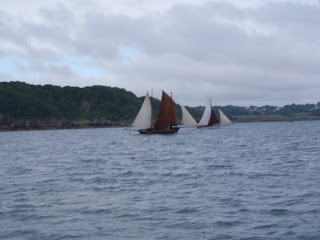 It was really excellent the adventure of having gone out with 18 stranger, and ending up with 18 friends. And having found, thanks to ALL of them, a desire for sailing that I had never experienced. Let no one be surprised if on my return to Argentina you see me behind the bar of a sailboat!!!


The boats set sail towards France last Monday early in the morning, and I stayed in the British lands to continue my travels around the world. 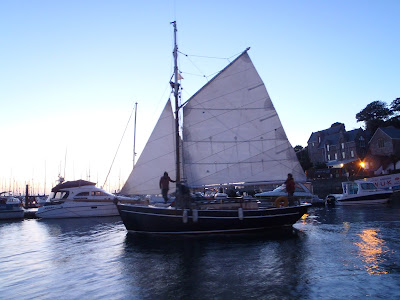 And so, from a hidden farm in England, with a brand new understanding of the sea, I say Good Bye and to a next encounter.

Kisses and hugs for everyone.
Martin


See you around the world! 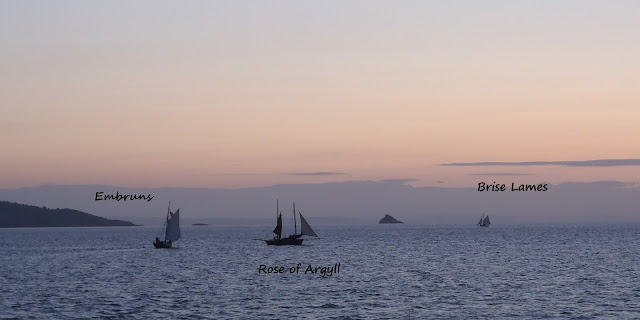