Please, take your garbage back with you!

The last few days I had the good luck of being able to go out to the mountains! Spectacular! I was climbing and walking y the sides of Sgurr nan Gillean in the Isle of Skye, and the Ben Nevis near Fort William, this last one being the highest in the United Kingdom.

And in both walk I came across something that happen all the time to me: I filled my pockets with trash! This is something I normally do since I started walking of the outdoors, and I do it with great pleasure, given that it leaves even prettier that place I am enjoying greatly. And nevertheless I can avoid judging those who threw those little pieces of garbage. 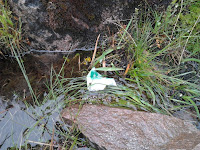 There are some times when I find very little things, like that strip you break to open a bottle of "energy drink", or the corner or the wrapping of a "energetic bar", and it annoys me that people don't even think in the option of putting it in their pocket. It is bad enough to throw it in the street, but in the cities the is at least (commonly) cleaning services: but the mountain does not have that privilege.

Some other times there is the "organic trash", that people throw away because they think that it is going to decompose anyways... And they don't think of how ugly it is in the path! Besides the detail that things take days, or month, to decompose! Because a banana peeling dicomposes in some 2 to 10 days1, but citric peelings can take up to 6 months1! And to this you have to add that in the mountain, cold and with low vegetation, things can take much longer. 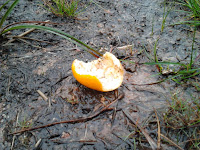 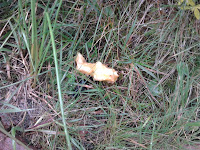 And for the last place I left the worse: vices. I understand, maybe, that someone might want to take some cans of beer, or bottles of wine or cider, to celebrate the arrival to the summit. What my brain cannot comprehend is that, after having carried them on the way up filled, it is such an effort to take then on the way down empty! 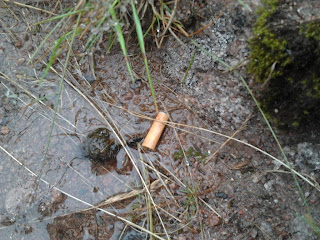 And in my opinion the worst of all is my archenemy, the cigarette butt. Between the fact that the vice of smoking is bad for your health and those who surround you, and the irony of smoking when you are surrounded by pure air, I don't get smokers. And what really get me angry is that after all that, they think that that simple butt is nice left on the ground, and don't think of the 12 years1 it can take for it to decompose nor in the 8 liters of water2 that it can pollute.

Well, I am more at ease now. It has been a while since I wanted to leave my opinon about this subgect, and what better place than my Blog? =)

Kind regards to everyone. Don't forget to be happy!

See you around the world!
Posted by Loberto at 6:41 PM