From Baires to Resisencia, 1000KM in 3 days in a little motorbike

After Buenos Aires I wanted to visit a friend, Julia, who lives in Resistencia, the capital of the province of El Chaco. And the the preparations and visits to friends, and family dinners and festivities, I set out on the road again. I was going to stay just for a weekend after having gone through the Patagonian Coast, but being so close to Pesaj I decided to spend it with the family. And since because of those extra days Easter Holiday got closer, I decided to go on a hurry so I could profit the holidays away from the city with Julia.

After doing the maths, it was going to take me three days to go all the way with an average of 360 kilometres (~220 miles) per day, so I needed to think were I would spent my nights. For the first night I had it easy, since my great friend Ariel "Irumbe" Seneski lives half way in the province of Entre Rios, in Villaguay, some 400 km (~250 miles) from Buenos Aires. The visit was short, but I left with the promise of spending more time in my return to the Capital city. It took me 8 hours to make the trip, despite having gone by the shortest route and having stopped for lunch. That day I got the feeling that I was getting better used to the bike.

For the second night I was a little bit more complicated, because no one from CouchSurfing had replied to me from any of the possible cities in my road, so I dived in the adventure of not knowing where I would sleep. From Villaguay I had two options in my horizon: Esquina or Goya. Esquina was recommended as a nice place to see, but it was much closer to Villaguay and implied advancing little that day. Goya is a bigger city, further away.


When I got to the entrance to Esquina it was already getting close to the time of the sunset, but I still decided to try to reach Goya. I though that if I didn't find anywhere, I would pay for some cheap place. In the middle of the road I saw a small town and I wanted to try again that thing of knocking on doors and asking to be hosted. I asked the police person, and the y told me to try in the School. I went by the Church, and the priest told me that the had a big group coming for the weekend. In the School they clarified that they had lend the whole place to the church. In the house that rented room were no rooms available. And in the market I was told that they couldn't help me. Heartbroken and afflicted I continued travelling, until I saw a small Chapel on one side. In the neighbouring house there were some people, so I went closer to ask, and I was told that I could sleep without a problem in the gallery of the Chapel. It was covered, and had two entrances, so I was going to have good protection. I set up the tent to guard me from mosquitoes and bugs, and I was woken the next morning by a man who came to do some maintenance, and who reassured me saying that he didn't think anyone would come and that I could get up calmly.


For my last day on the road I had a little less than 300 kilometres (~190 miles) to travel. I got an early start after a breakfasting mate, and soon I was on the crossroad of the Route 12 with the one I was travelling through the small towns, some 120 km (~75 miles) from Resistencia, 2 hours. Since it was past midday I asked for a cheap and good place to eat, and I was told to go forward some 40km until a Restaurant in Empedrado. But as it was as soon as I go out from below the roof of the Gas Station it started to drizzle, so I though "If I'm going to get wet, I'll go straight to Julia's!". And if I had given it a second though, or if I had known the road ahead of me, I wouldn't even have left the Gas Station, simply because of how dangerous it is, how crazy are some of the drivers from around, and the blinding rain that was falling.

I did not think all that. I just go on the road, paid a lot of attention to my rear view mirror, and arrive soaking wet but happy to visit my friend who I hadn't seen in so long! 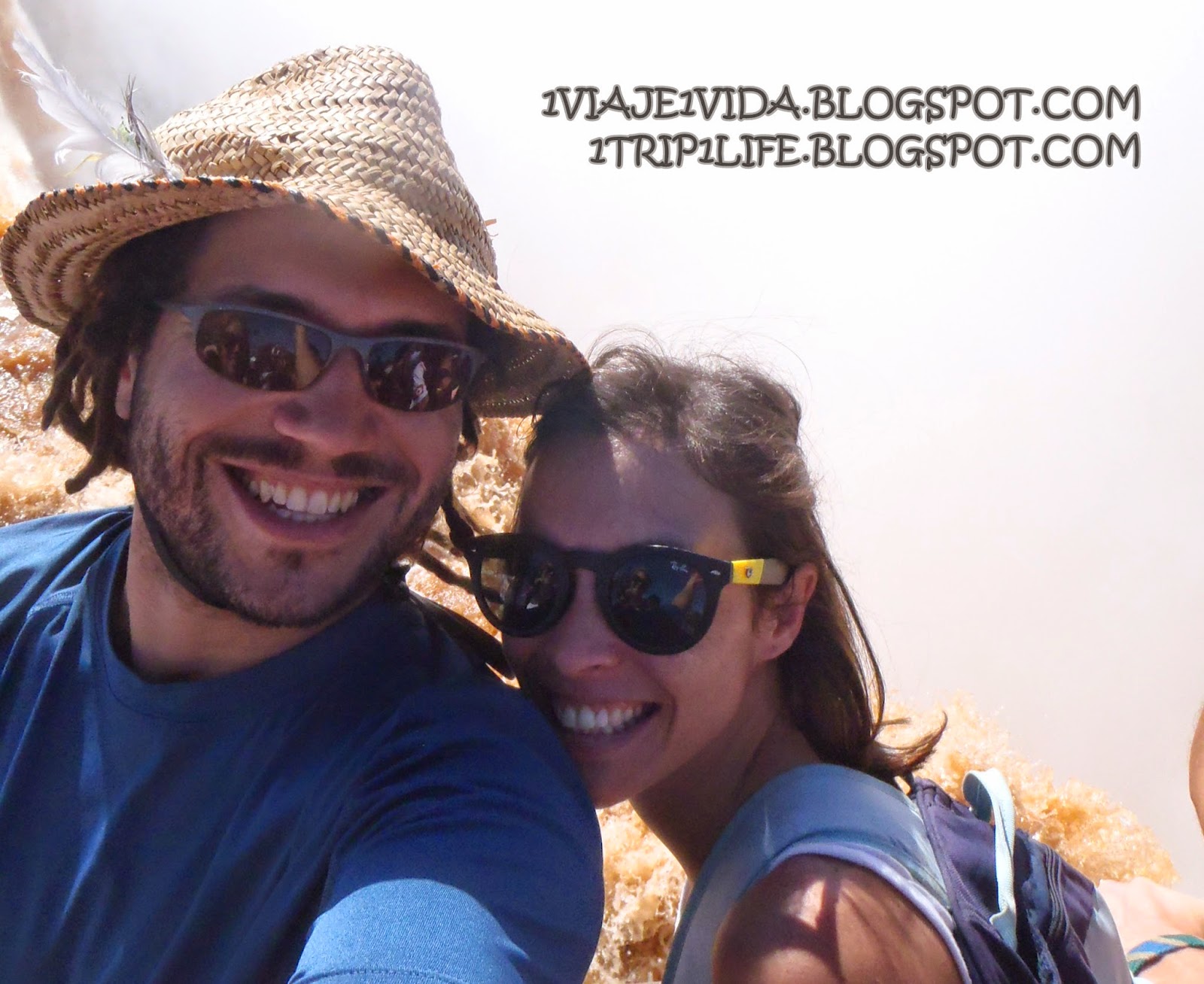