With Julia we started travelling. On the long run our idea is to go around Bolivia, Peru and Ecuador, and from there check if  we sails the Amazon all the way to the Atlantic. And for starters, we need to get out of the Country.

Our first objective is to cross Argentina from East to West to visit the Atacama desert. and for that the first stretch of the trip was going from the city of Resistencia to Salta Capital. And according to what we've been talking, this would be the longest one as well, because we want to do short stretches hitch hiking and be able to visit a lot of the towns and places on the road avoiding going past the most real of each place.

We left on Friday morning from the house, with our packs on our shoulder on Graciela's car. Before going to Presidencia de la Plaza, where she had offered to leave us, we went to say goodbye from Julia's nephew and his parents. In the gas station in Plaza we ate our last lunch together the three of us and we witnessed how the magic started happening. In our first minutes in the station we met Emiliano and Ramiro, two salteños who were coming back from their holidays in Corrientes, and while the girls talked about the trip, I still don't know how, Emi offered to stay at his place for a few days, since he was alone. In his car they couldn't take us with how loaded they were.

We started our journey of doing the 800 kilometres that separated us from our destination with a couple that took us to Saenz Peña, some 60 km away. At the end of the day we ended up travelling in four vehicles, from which except the first one they were all workers coming or going to work. We did 350 km in 6 hours and 15 minutes. We were left in Monte Quemado, a town which is approximately half way in the province of Santiago del Estero, were we ask for asylum to pitch our tent in the Gendarmeria Post, and we could even take showers. 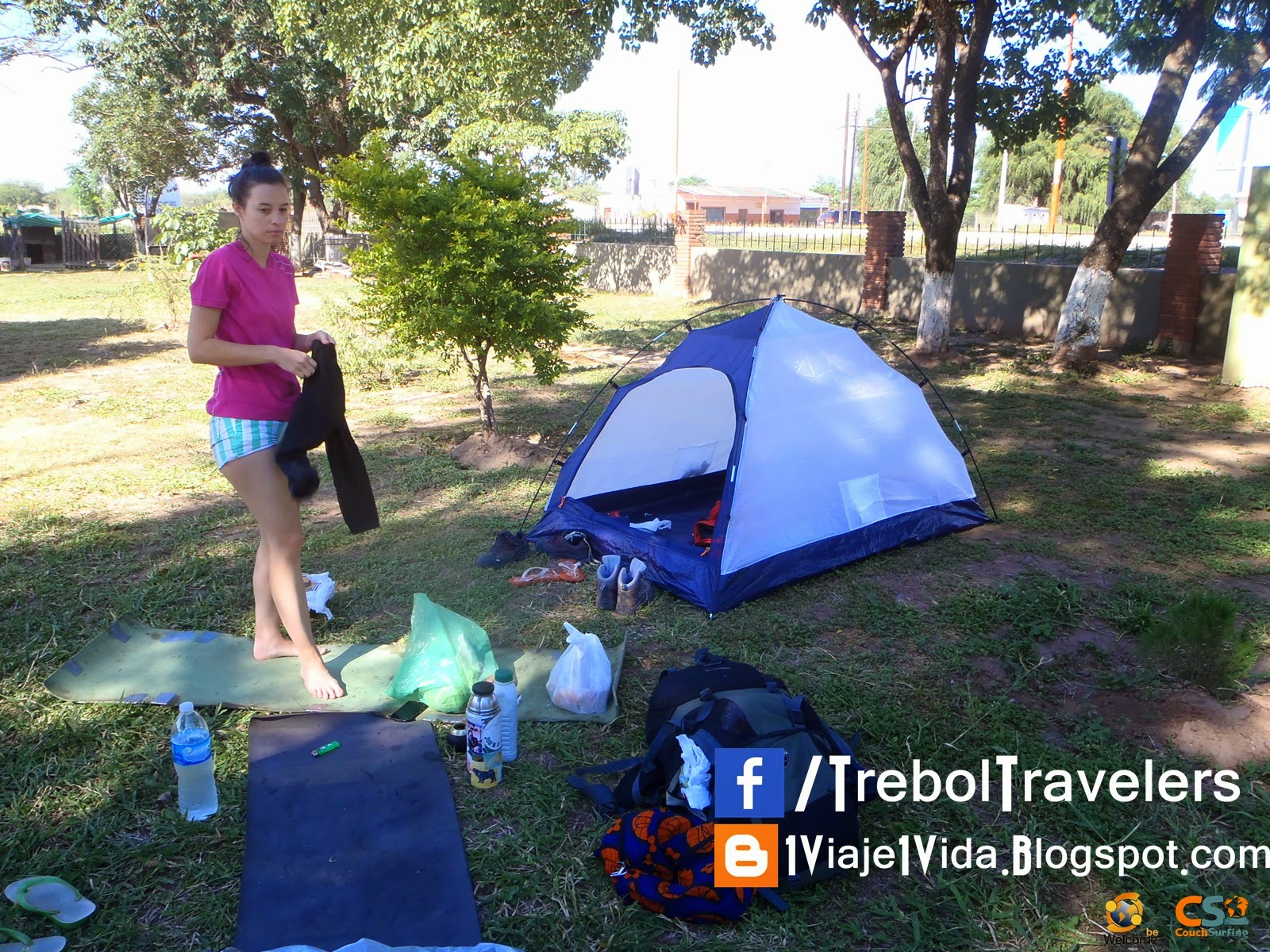 On the next morning, on Santurday 17th of January, we left early to be able to get to Salta before Emi had to leave to a wedding, and we were doing a good speed, between the 2 cars and the truck that took us to El Galpón. There we were caught by the rain, which forced us to shelter ourselves so as not to get wet keeping us from hitching on the route, and which appeared to demotivate drivers to go refuel their tank. Anyway the electricity was down one phase, which made the pumps stop working, and with that at least a ragtag group of people was created sharing chats and mates until each one decided to leave.


As soon as the rain stopped Julita went to the route and in less than 2 minutes TWO had stopped. A car going south, and a truck that could take us quite close, but only after he took a shower. Jose, the trucker, left us in the roundabout that is the entrance to Salta, and from there we quickly entered the city. 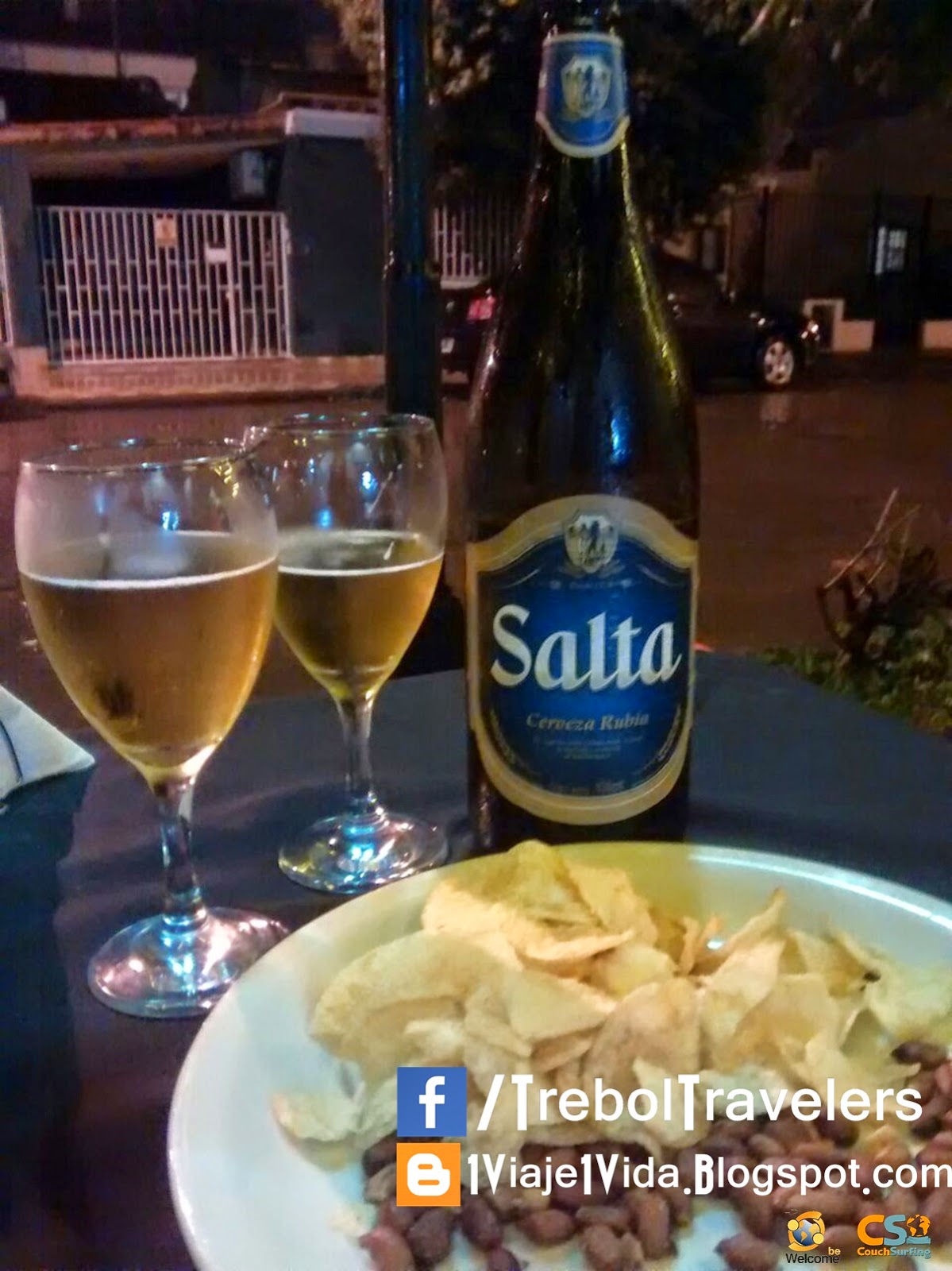 Emiliano was waiting us with his arms opened and his legs in a hurry, so as soon as que showed us the house and our room, he vanished towards his wedding. And we gave ourselves a well deserve beer with empanadas salteñas.


Final Note: Julia had never travelled hitch hiking before, and she proved having been born for it!