From Salta to the Atacama Desert


After Salta I feel that we actually started travelling, and with it came the best times so far of the trip. And some of the worse as well; because it’s clear that being still in one place is easier for living together as a couple tan moving around, with its uncomfortable and unexpected issues.


We set out towards Cachi, a touristy and well known city of the Road of the Wine of Salta. But we never made it there. When choosing an intermediate place to spend the night before the Cuesta del Obispo (the Bishop's Slope), we spent two nights of adaptation in El Maray, a road rest at the bottom of the Cuesta. Free camping accompanied by the family that cares for the place, specially by Tamara who welcomed us and told us many stories, and at the end of the second day she was (I think) the motivator for her and some other kids buying several postcards. And she herself is the second buyer of “Un Viaje en Moto” (“A Motorbike Trip”), the tiny book I wrote.

The idea was to visit Cachi and afterwards go to La Poma, which had been recommended by Emi in Salta. As I said before, to Cachi we never made it because the Brazilian couple who picked us up were intrigued by that small town and got out of their track so as to see it. In the trip we made the must do stops for photos, and when we arrived at La Poma we shared a late lunch before they left to find a place to sleep back in the city. 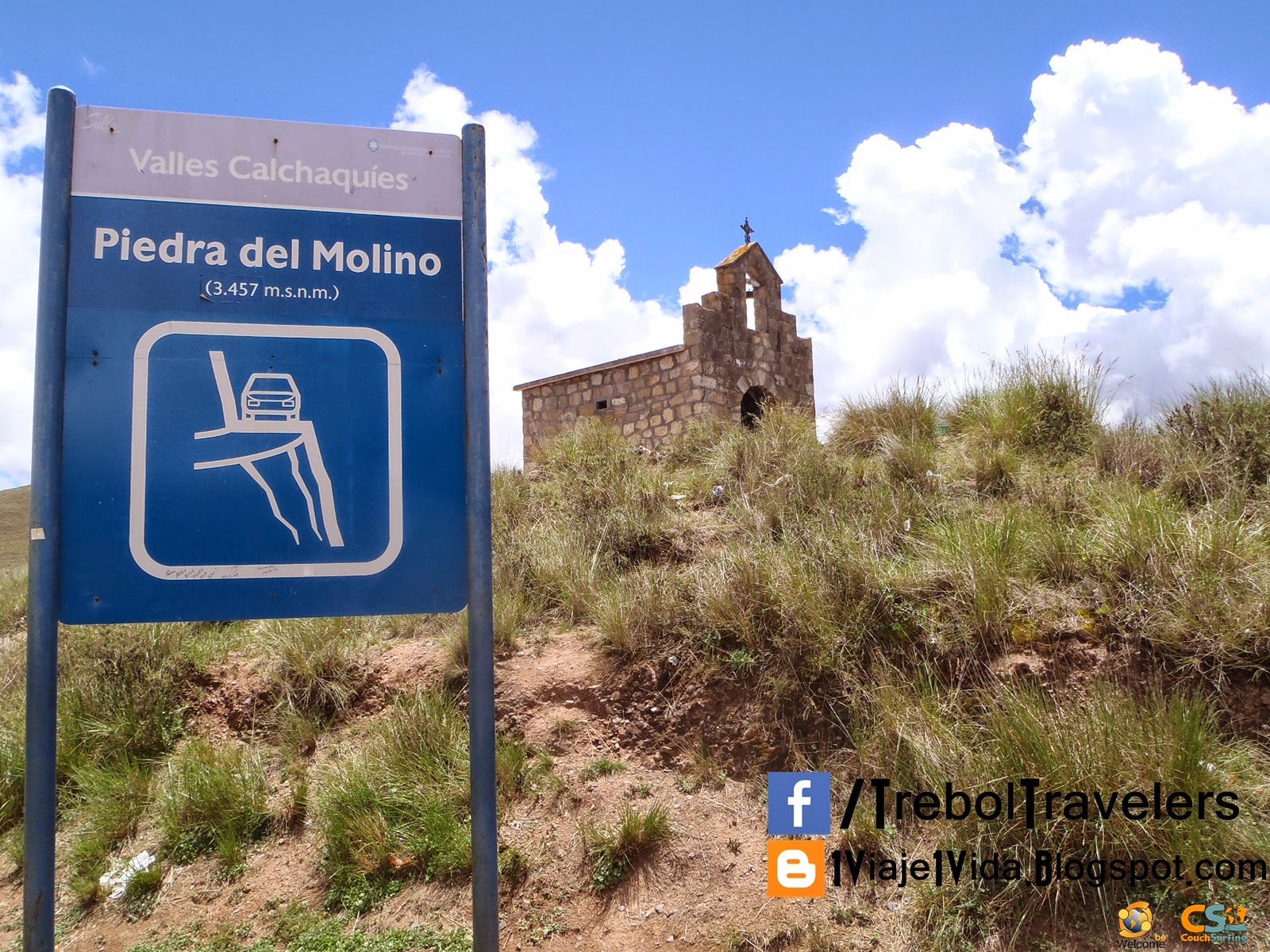 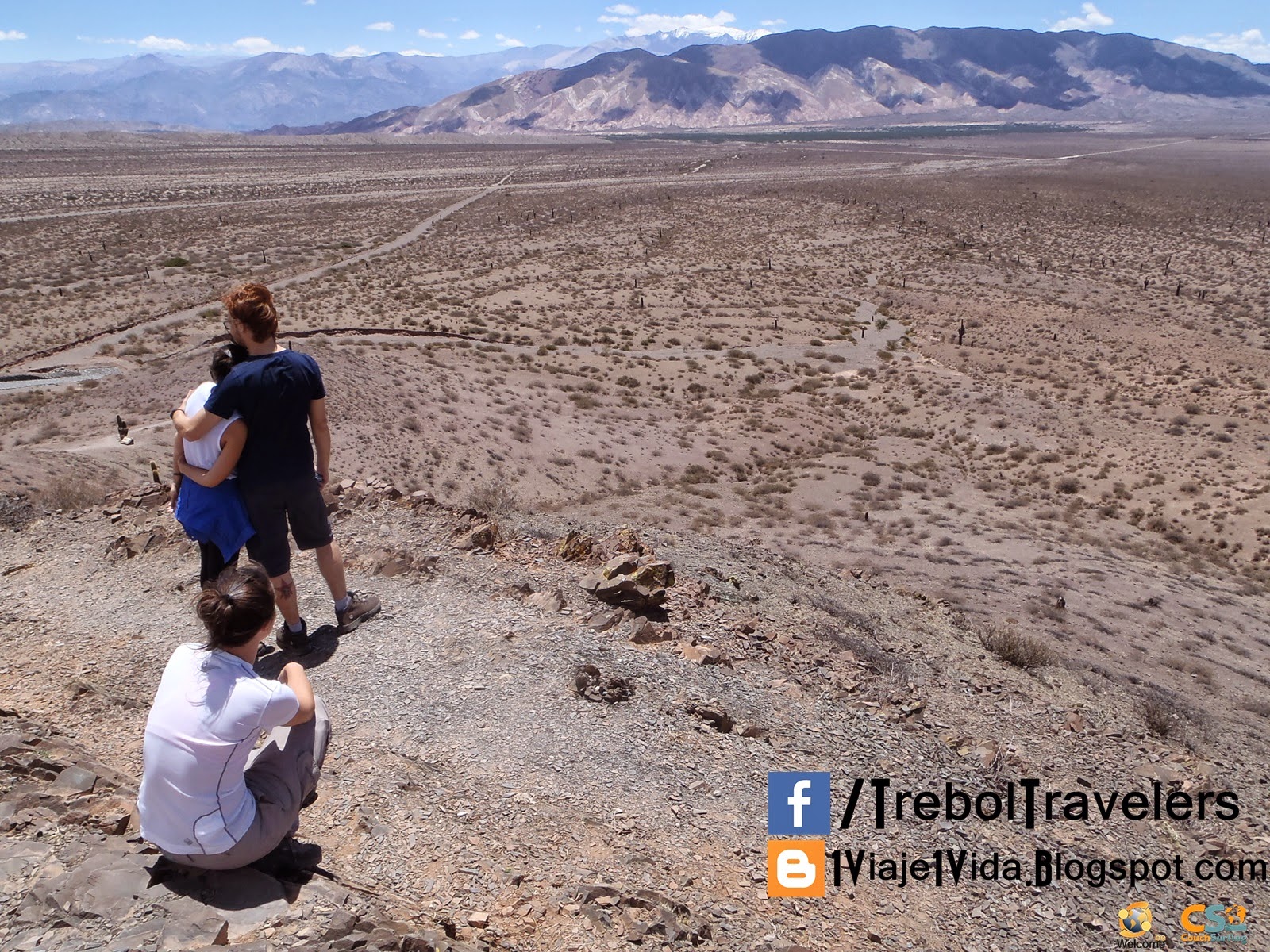 At La Poma we took a day off, that as it can be imagined we spent it walking and tiring ourselves. In that stroll we crossed some peasant picking peas, and they gifted us a bag full of freshly picked pods. Fresh, peas are exquisite.


From there our idea was to go north on Route 40 towards San Antonio de los Cobres and to go through the Abra Acay, the highest car pass in the world. Because of the hazards of travelling  hitchhiking, after suffering 3 hours below the sun, we made it to Saladillo, which instead of a town ended up being just a school in front of a sanitary post with nothing surrounding it, except  for the construction camp and the workers repairing the road. There we met Laureano, the redheaded Angela, and Rorro the following day. With them we shared the anguish of waiting to be picked up in a road with a caudal of 10 cars a day. But luck was on our side, after shaving myself leaving just a new moustache, and putting all of the responsibility over this new facial hair, two trucks with a travelling Brazilian family stopped which took the five of us towards our destination. And once again we had the pleasure of travelling with tourists who stop to take the photos and to enjoy the scenery we are going through.


On the next day Julia and I climbed again on Pierre’s Land Rover, the eldest son of the family, to continue with them all the way to San Pedro de Atacama. We had found out the previous day in a road chat that they had already planned the road we were dreaming with: going to San Pedro through Sico pass, a gravel road less travelled that the one of the Jama Pass, the most travelled one.

And here we are! Staying at Jorge’s, an adobe house (with mud bricks) that he built himself, in the Ayllu of Solcor, one of the oasis surrounding this big oasis that is San Pedro. And to make things better, Jorge is in Santiago while we enjoy his invisible hospitality.

The magic in this world never ceases to amaze me. THANKS!